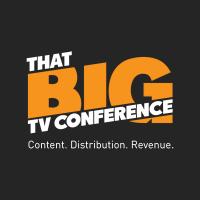 This will not be a typical conference where the audience leans back and listens. We plan to make it easy for everyone in the room to join the conversation. To be real about what’s now and what’s next in the television and digital media ecosystem. To interact with speakers not in a ten-minute block at the end of a session, but from the moment the dialogue begins. You can’t Google this stuff. You have to be in the room.

In 2020, the entertainment and media market is expected to be worth more than $720 billion. With those kinds of dollars, it’s imperative that the media world – from brands and agencies to programmers, researchers, and strategists – masters the market. We will explain how content is being best leveraged, to the ways in which data is being used to attract advertisers and audience. In addition, we’ll unpack the increasing digital ad spend forecast and present the latest in the technology that’s fundamentally changing how and where consumers are entertained

Be a part of two days of provocative conversation that will fill you with inspiration and ideas.

If you’re involved in managing your organization’s content, distribution, and/or revenue business strategy, then secure your spot at That Big TV Conference for two days of learning, sharing, and networking. It’s the largest gathering of senior brands, agency and programing executives in New York City, convened to discuss and solve the critical challenges transforming the television industry.

Book Early to secure your place.

*Top Women in Media Awards (Gala on 9/9) tickets are not included, and may be added on or purchased separately.

This registration option is for vendors interested in attending.  You may want to consider sponsoring, which comes with event passes in addition to other benefits.